The average home prices in Toronto increased by as high as 28% for February compared the previous year. On the positive side, there is an improvement in new listings which is just 6.6% down year-over-year compared to last month's --15.5%. It's notable that home sales also dipped by 16.8%. With home sales less than new listings, it may be just the sign that we need to see a more balanced market. Although it will take some time for home prices to go down unless new listings continue its good progress in the market


One of the highlights for February is that the Bank of Canada raised the benchmark interest rate to 0.50 from the previous 0.25, and will likely to increase some more in the coming months. This is the first increase since 2018 and is possibly the first of the five more instances of increase before the year ends. The increase in interest rates is inevitable as the economy further stabilizes and inflation continues to advance. The higher borrowing cost will impact the market specifically in lowering demand and managing the inflation. In fact, the interest rates for fixed-rate mortgages are steadily increasing in the last few months. We can expect lenders to increase their interest rates some more as a response to what the central bank has first initiated.


As mentioned, home prices are now at nearly 28% up compared the previous year. The average home price topped the $1.3 million mark, making Toronto homes the most expensive in the country. This is the second busiest February on record, with home sales increasing by almost 6% compared the previous month. However, we can expect a more moderate price growth in the next few months with increased interest rates in place making borrowing costs higher and limiting purchasing power from buyers.


Although new listings are still down year-over-year, there were note-worthy increases in new listings across major house markets compared to the previous month. This is a good indication of the market slowly getting back to normal, with more sellers coming into the market again. It's up to the sellers now on how this year's spring season market will turn out, whether they would see the higher interest rates as a good opportunity to list their property or not. Unless new listings continue to improve, increase in home prices will likely persist.


Let us take a look at the numbers presented by TRREB in their latest February 2022 statistical update for GTA. 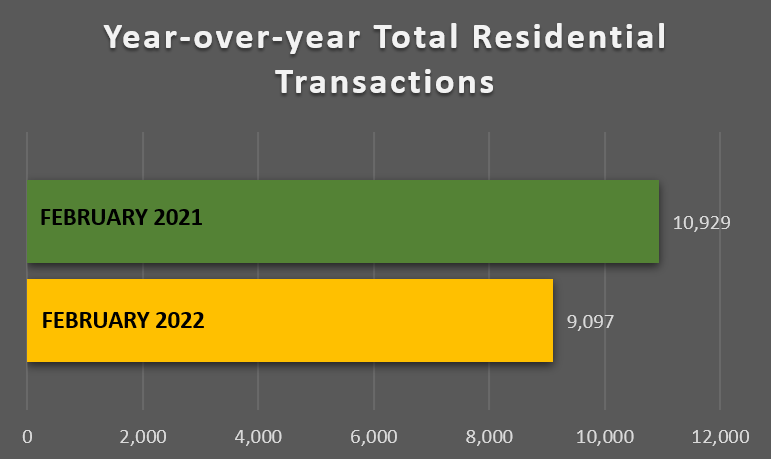 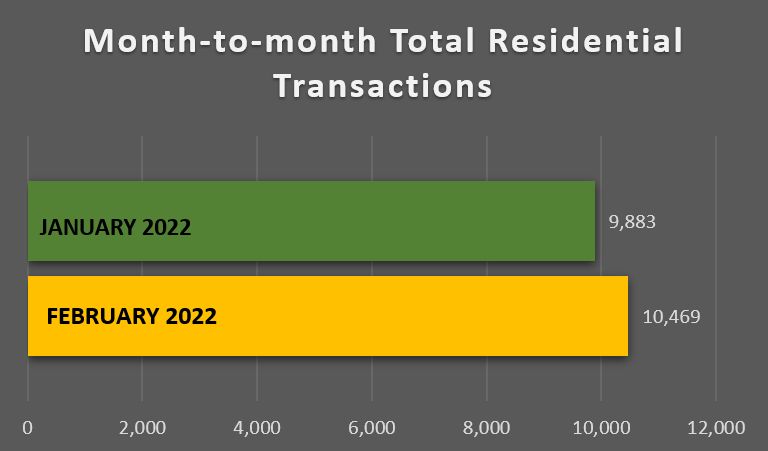 There was an increase of 5.9% in sales compared the previous month. 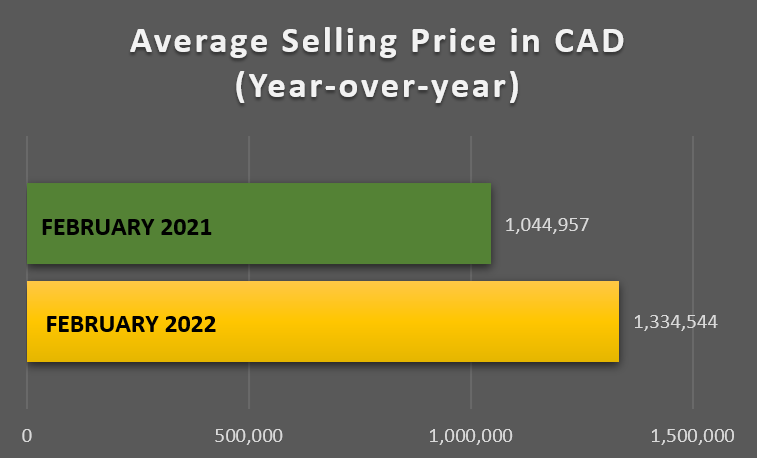 There was a 27.7% increase in selling price compared to last year.


For the average selling price compared to the previous month, there was an increase of 1.3% for the home prices. 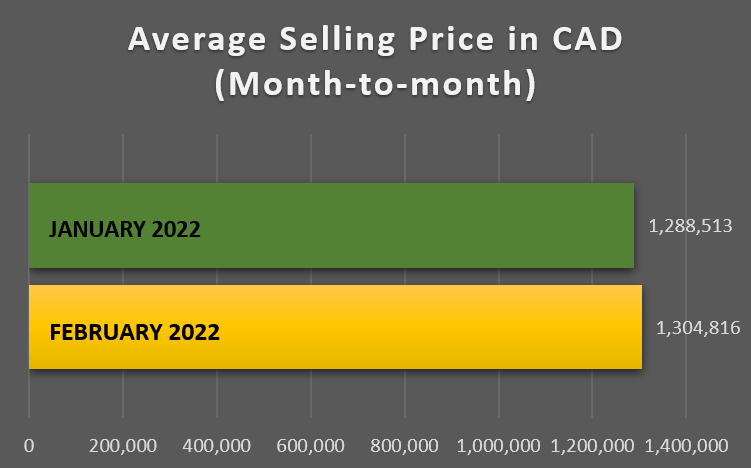 There was an increase of 1.3% in selling price compared the previous month. 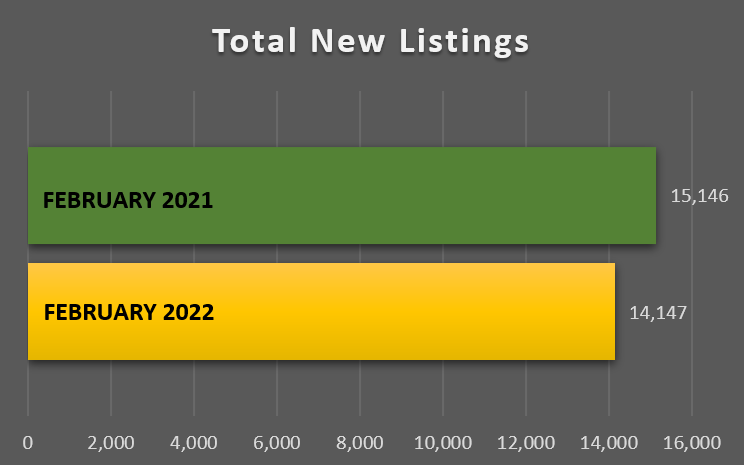 There was a decrease of 6.6% in new listings in a year-over-year basis. 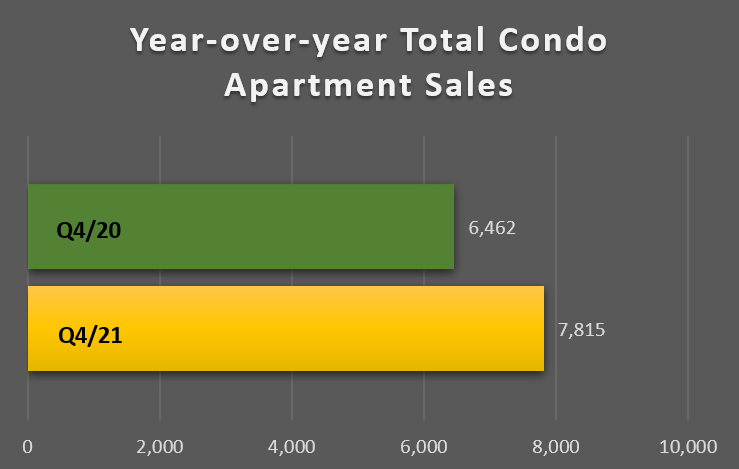 There was an increase of 20.9% in condo sales compared the previous year. There was also an increase in the average selling price for condos. 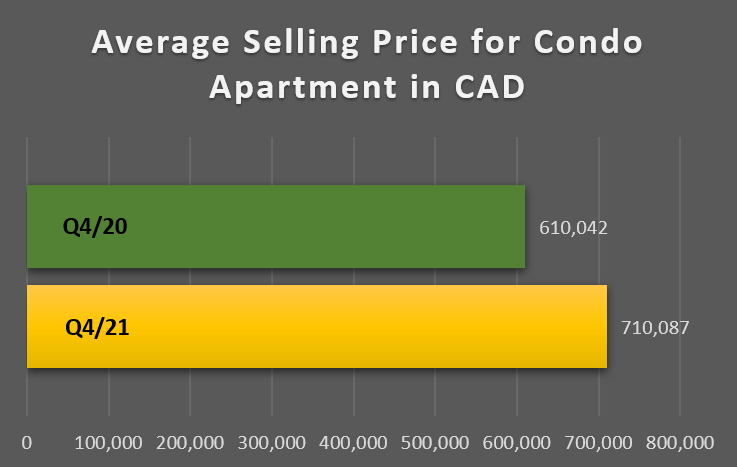 There was an increase of 16.4% in average selling price compared the previous year.


Here is the summary of the listings of condominiums 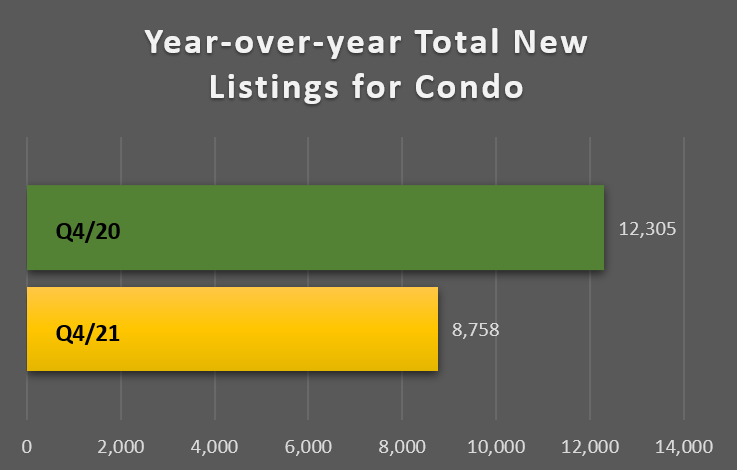 There was a huge drop of 28.8% in new listings compared the previous year.


Home affordability is now at stake when the bank of Canada increased interest rates to curb demand and manage the inflation. However, the coming months also look promising in terms of new listings with now more sellers coming into the market. If this situation continues along with less demand from buyers, we might just achieve the more stabilized housing market that we are all hoping for, resulting to the slowing down of price increase in properties.

If you have any question about Toronto housing market or need help buying or selling your home, you can contact me at 647-834-9928 or send an email to sukhinvasara@gmail.com

To continue searching, you must agree to the Terms of Use.

For the best experience, please provide your cell phone number and select accept below to opt-in to our Terms & Conditions and Privacy Policy to begin receiving text and voice communications.

or make a new notebook

The Toronto MLS® requires registration to view all homes currently for sale.
(Prices and inventory current as of February 1, 2023)

Verify the value of your home,
maximize your investment and see local market activity.

We just need your phone number to finish creating your account.